The emirate of Sharjah is being recreated in the metaverse. UAE’s second most-populous city is partnering with metaverse platform Multiverse Labs to build the ‘Sharjahverse’, a photo-realistic version of the city that will support the emirate’s tourism industry and create new metaverse-related jobs.

Following Dubai, the UAE emirate of Sharjah has taken steps to enter the metaverse. The government of Sharjah has partnered with Multiverse Labs, an artificial intelligence ecosystem, to build a metaverse city based on the emirate.

The Sharjahverse is a “photorealistic and physics accurate” metaverse city that will be 1,000 square-miles in size, equivalent to the city that it is based upon, and will feature iconics sights and structures from the emirate.

The virtual city, under the guidance of Sharjah Commerce and Tourism Development Authority (SCTDA), will support the local tourism industry and create new jobs in the metaverse.

Multiverse Labs entered into a partnership with NVIDIA to use the company’s NVIDIA RTX technology to build ultra-realistic metaverse projects.

“Sharjahverse is both the world’s first government backed metaverse city viewable by the public, and the world’s most realistic metaverse. We’re beyond excited to be collaborating with the visionaries at SCTDA: His Excellency Chairman Khalid Jasim Al Midfa and His Excellency Director Sheikh Salim Mohammed Al Qassimi, and the exceptional marketing department at SCTDA,” said Cliff Szu, CEO of Multiverse Labs.

The metaverse city will begin with the tourism industry, and later expand to other sectors of the economy including public services, foreign direct investment, real estate, industrial factory zones, and the energy sector.

Sharjahverse can be experienced first-hand by the public at the upcoming GITEX 2022. Sharjah is the second most-populous emirate in the UAE with a population of roughly 1.8 million people. 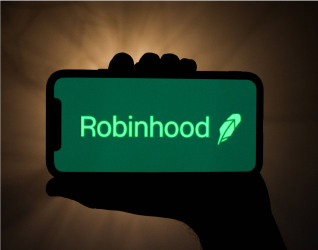