Crypto exchange Binance, an equity investor in Elon Musk’s $44 billion deal to purchase Twitter, has announced the formation of an internal team that will utilize blockchain technology to fight bots on the platform. The billionaire CEO of Tesla Motors who purchased the social media company last week, had previously complained about bots and fake accounts.

Binance, who invested $500 million into billionaire tech entrepreneur Elon Musk’s $44 billion deal to acquire Twitter has announced the formation of an internal team that will use blockchain technology to help eliminate bot accounts that are hampering the platform, a major concern for Musk before the deal went through. Changpeng ‘CZ’ Zhao, CEO of the world’s largest cryptocurrency exchange, revealed funding the deal in a tweet last week;

Our intern says we wired the $500 million 2 days ago, probably just as I was being asked about Elon/Twitter. https://t.co/gM65GHUnZC

“Binance is creating an internal team to focus on ways that blockchain and crypto could be helpful to Twitter and actively brainstorming plans and strategies that could help Elon Musk realize his vision. For example, how can we build on-chain solutions to address some of Twitter’s issues, such as the proliferation of bot accounts in recent years. We are in the early stages now and still figuring out a plan,” said a spokesperson for Binance.

The crypto exchange first touted the idea of supporting Musk’s acquisition of Twitter in May, when CZ said that it would be a small contribution to help “bridge social media and news into Web3”. Elon Musk, who had agreed a $54.20 per share buyout in April, decided to terminate his deal in July alleging that Twitter was misleading investors by not disclosing information on the number of bot accounts that exist on the platform. Following the news,Twitter shares dropped which led to the company filing a lawsuit against Musk claiming that the billionaire was finding reasons to back out from the deal after terms were agreed upon by both parties. In September, the CEO of Tesla Motors confirmed his intention to buy the company in a letter filed with the Securities and Exchange Commission, and completed the much anticipated purchase last week at the originally proposed price.

the bird is freed

Soon after the SpaceX founder took helm of the company, he fired CEO Parag Agarwal, Chief Financial Officer Ned Segal, and Legal Chief Vijaya Gadde, who was responsible for permanently banning President Donald Trump from the platform in January 2021, claiming that they had violated company policy. Musk, who said he was buying the social media company to ensure the “future of civilization” , has promised to restore all accounts previously banned from the platform after conducting a thorough review process.

The acquisition of one of the world’s largest social media platforms by the world’s richest man was widely welcomed by the crypto community. Elon is no stranger to cryptocurrencies, as his electric car company, Tesla Motors, is one of the largest corporate holders of Bitcoin (BTC). The eccentric billionaire is also a promoter of the meme token Dogecoin, which is accepted as payment for products sold on Tesla’s online store. On Sunday, Twitter launched NFT Tweet Files, a new feature that will allow users to buy, sell and view non-fungible tokens (NFTs) supported by marketplaces including OpenSea, Rarible, Magic Eden, Dapper Labs and Jump Trade NFT. The feature is currently being tested by the platform with selected users.

Since Musk’s Twitter acquisition was completed, DOGE has risen over 100% in value and is currently trading at $0.12. 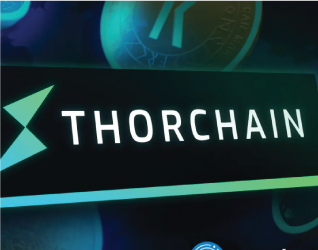